The Episcopal
Church of Our Saviour

About the Rector:
The Rev. Br.
Richard Edward Helmer, BSG 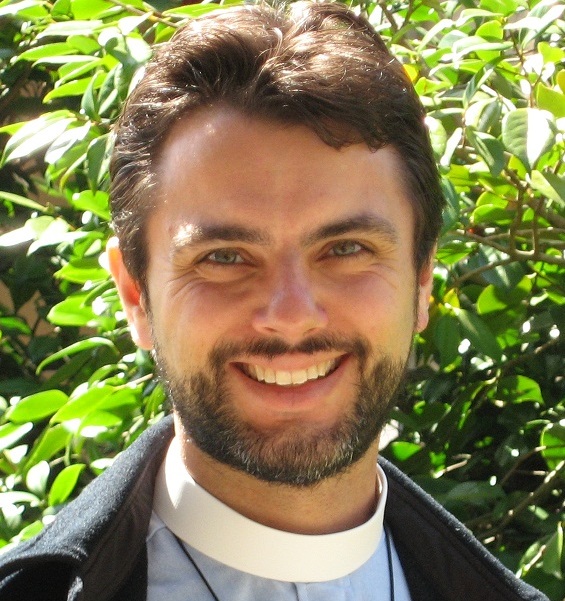 Br. Richard Edward, a recognized pastoral presence and spiritual leader around Mill Valley and wider Marin County, is now entering his fourteenth year as Rector at Church of Our Saviour. In that time, he has worked with a lively staff and committed volunteer leadership to build up a parish community engaged in service to the wider world, offering healing and spiritual support to all people, and cultivating a curiosity about faith in Christ and walking with the Spirit across the generations.

In the San Francisco Bay Area, he has been invited to speak at Interfaith events and retreats on Christian vocation and spirituality, his sermons have been published in Sermons that Work, his reflections have been published by the Episcopal Café, and he cultivates lively discussions about the intersections of faith, spirituality, culture, and society on Facebook. You can find his most recent sermon podcasts here or on iTunes, and listen to some of his teaching through the parish’s occasional educational podcast, A Word from the Edge.

Sustaining his spiritual and vocational life, Br. Richard Edward is a professed member of the Brotherhood of Saint Gregory, a religious community of The Episcopal Church and Anglican Communion devoted to service to God’s people and in keeping a common rule of prayer and witness suited for an apostolic life — a religious life lived out in the world, rather than in a monastery or cloister. Br. Richard Edward serves presently as Minister Provincial of the Brotherhood’s western province in the Church, and develops and manages the community’s website and its free service to the wider church: The Daily Office App online.

Ordained to the priesthood in 2002, Richard Edward served previously as Vicar of Christ Episcopal Church — Sei Ko Kai, San Francisco. Having worked in a wide variety of church councils and community organizations concerned with ministry and social justice, he remains active in the ministry and governance of the wider Episcopal Church. He is presently Secretary of Convention for the Diocese of California and a member of the diocesan deputation to the 80th General Convention, the Church’s highest governing body.

Richard Edward grew up in central Kansas, the son of an Episcopal priest and a technical writer. He pursued chemistry and music as an undergraduate, graduating in 1997 from the University of North Carolina, Greensboro, summa cum laude with a Bachelor of Music degree in piano performance. He also furthered his musical studies at Northwestern University and the Aspen Music Festival.  In 1999, after answering a call to ordained ministry, he attended the Church Divinity School of the Pacific, Berkeley, where he was honored with an Excellence in Ministry Scholarship. Following his ordination in the Diocese of West Missouri, he began his ministry in the Episcopal Diocese of California.

In addition to his vocations in religious and parish life, Richard Edward performs at the piano regularly in chamber and solo venues locally and collaborates regularly in musical events of the community.

He and his wife and their two children enjoy road-trips on the California Coast and spending time with friends and family as far-flung as northwest Arkansas and Okayama, Japan.

Video by John Chavez, created for the TamHigh Core Project

Eucharist & Spiritual Communion in person & by Zoom
10:30 am